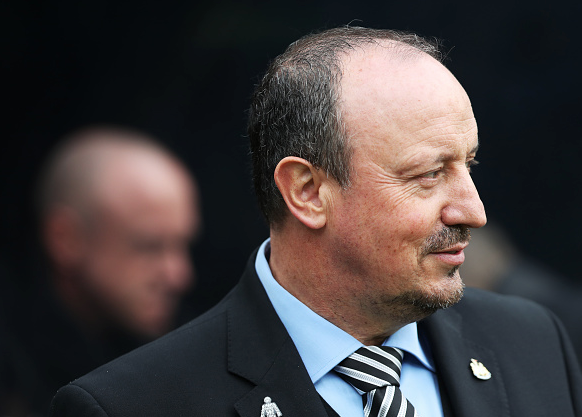 Carlo Ancelotti’s decision to leave Everton for Real Madrid last June forced the Merseyside club look for a new manager for the 2021/22 season.

The Toffees ended up appointing Rafael Benítez as their coach in the summer of 2021 and endured a difficult period under his guidance. They were knocked out in the third round of the EFL Cup by Queens Park Rangers.

Everton managed only five wins from 19 league matches, accumulating 19 points in the process. After a series of disappointing results, they sacked the former Valencia manager last month and appointed Frank Lampard as his successor.

In his long coaching career, the 61-year-old achieved success with Valencia, Liverpool, Inter Milan, Chelsea and Napoli. Two of the Spaniard’s former clubs, the Reds and the Nerazzurri, face each other in the Champions League tie at the San Siro on Wednesday.

Corriere dello Sport have published a detailed chat Benítez and any questions on Everton were ‘taboo’ for the interview. Towards the end, the ex-Liverpool boss was quizzed about his future plans, and that gave an insight on his Everton thoughts.

“With my staff, we are watching matches of the main 4-5 European leagues and we do analysis to see, with the latest technologies, big data, the news of the game,” Benítez said.

“We want to be prepared for the future. Now, I need one or two months to recover, but next season I want to start again in a tournament where you can compete. Difficulties don’t scare me. On the contrary…”