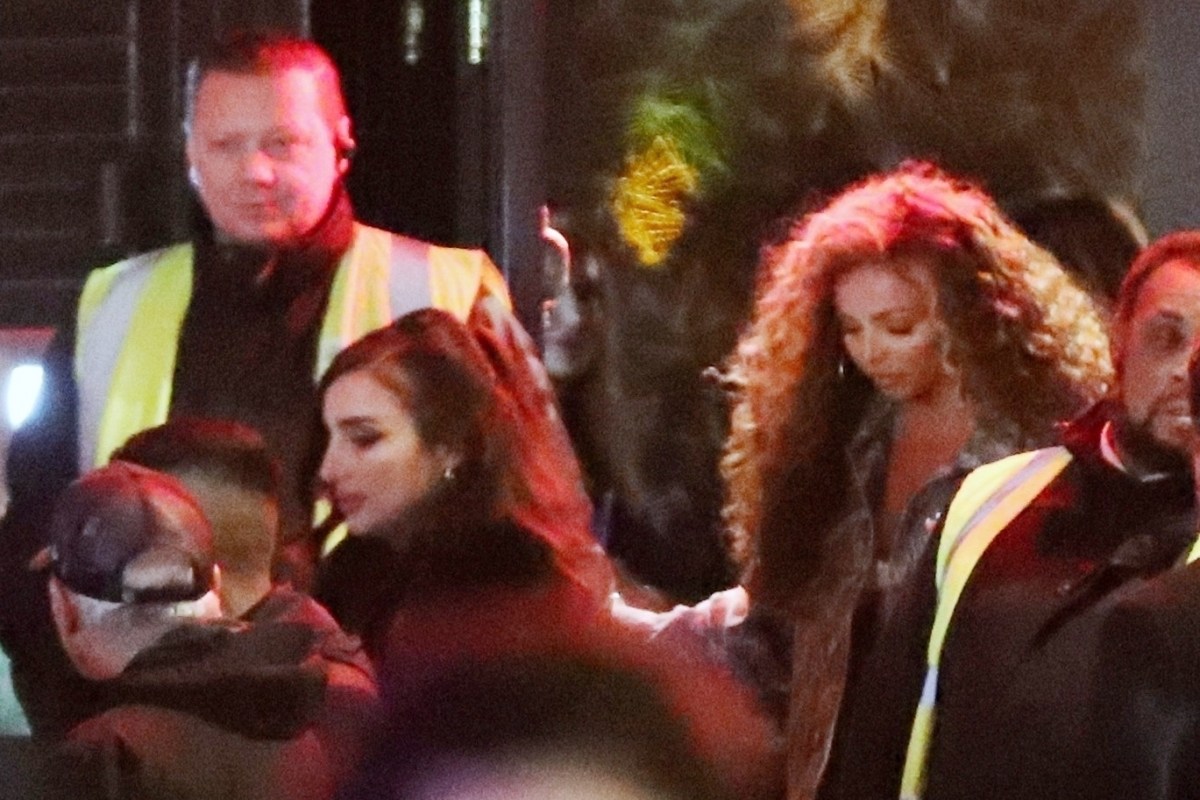 JESY Nelson was flanked by security as she left a London pub.

The 30-year-old was out in Mayfair last night amid attempts to revive her solo career.

She’s been marred with controversy, ever since leaving Little Mix.

Jesy has was accused of “blackfishing” after the release of her first single Boyz with Nikki Minaj.

But The Sun revealed she has teamed up with Tayla Parx – the songwriting genius behind the last single she released with Little Mix, Sweet Melody, to help get things back on track.

A source said: “Jesy flew out to Los Angeles earlier this month and has been working with Tayla, who is a songwriter as well as an artist in her own right.

“She has an incredible track record when it comes to writing smash hits, so Jesy is hopeful they will be able to cook up something great together.

“They knew each other via industry friends, so it seemed like a no-brainer to reach out and get her on board.

“It’s been a tough few months for Jesy but it finally feels like things have turned a corner.”

Tayla is the brains behind some of superstar Ariana Grande’s biggest and naughtiest songs including 34+35, Thank U, Next and 7 Rings.

But Jesy won’t want their collaborations to pan out in quite the same way as Sweet Melody — as she has admitted in the past that a major panic attack on the set of the hit’s music video was the catalyst for her leaving the girlband at the end of 2020.

Jesy said: “The last music video we did was the breaking point.

“We’d been in lockdown, and (that had been) the first time I could have a break and be at home around people that I love.

“It was the happiest I’d ever felt, and I didn’t realise that until I went back to work.”

Jesy’s debut single Boyz peaked at No4 in the charts and has been viewed more than 20million times on YouTube.

The track was the first time Diddy allowed anyone to sample his 2001 hit Bad Boy For Life.

But she’s set to compete with her former Little Mix bandmate Perrie Edwards who teased that she’s making new music.