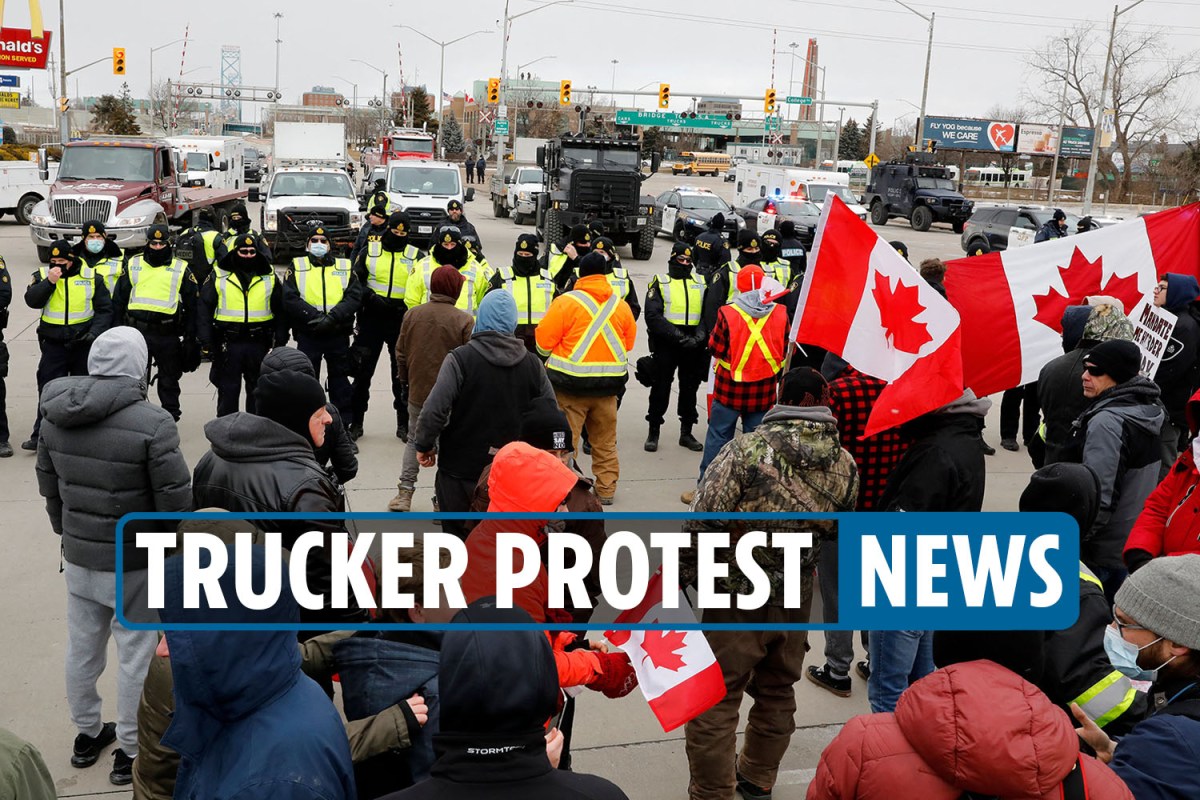 SOME protesters are slow to leave the Ambassador Bridge between the US and Canada as police have begun clearing the “Freedom Convoy” demonstration that has delayed international trade and halted traffic.

Windsor Police said in a Twitter post that people are advised to leave the area immediately and “individuals who are located within the demonstration area are subject to arrest,” but some groups “voted” to stay in place and have been receding gradually.

This comes after President Joe Biden urged the Canadian government to end ongoing trucker protests along the border, as analysts warn the ‘Freedom Convoy’ could impact Super Bowl Sunday.

In a tweet, Prime Minister Justin Trudeau announced that he spoke with President Biden on Friday about “illegal blockades at the border.”

“I updated him on the situation, and we discussed the American and global influence on the protests,” Trudeau tweeted.

“We agreed that, for the security of people and our economies, these blockades cannot continue.”

A DHS bulletin sent to local and state officials warned that truck drivers planning a convoy in the United States would “potentially begin in California as early as mid-February and arrive in Washington, DC, as late as mid-March, potentially impacting the Super Bowl LVI scheduled for 13 February and the State of the Union Address scheduled for 1 March.”

It comes as shock videos from near the Canadian border show trucks backed up for miles.

The footage was taken after the so-called “freedom convoy” halted on Monday, according to Click On Detroit.