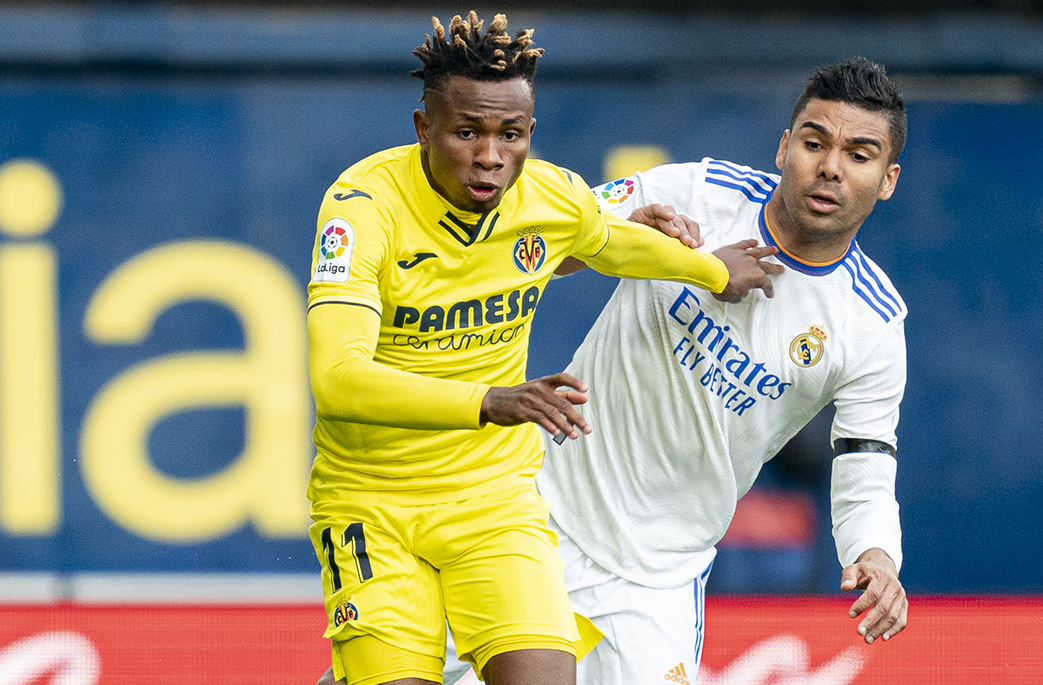 Real Madrid were frustrated by Villarreal at La Ceramica on Saturday afternoon in La Liga. They knew that if they won they’d extend their lead at the top of the league table to six points but they couldn’t do it. Their minds already in France ahead of their Champions League date with Paris Saint-Germain, they drew 0-0.

The first half was ill-tempered and both sides managed to carve out genuine opportunities. Villarreal struck the post while Gareth Bale came close to breaking the deadlock in a one-on-one after being set free by a fantastic long ball from Casemiro.

But neither side could take the lead, despite Samuel Chukwueze threatening out on the right wing for Villarreal and Vinicius Junior being at the centre of everything creative for Madrid on the left. On the balance of things, however, and despite their much-changed starting lineup, it was Madrid that shaded the first half.

The second half was much the same. Neither side managed to find a breakthrough despite chances; Marco Asensio blazed one effort over the bar and Bale had another chance tipped onto the crossbar by Geronimo Rulli.

It quickly became evident that the absence of Karim Benzema was colossal for Madrid; not just his goals, but also his general presence. He leads the line and links the play like few other forwards in the European game and his presence elevates players like Vinicius to another level altogether.

It was evident in the dying seconds when Luka Jovic, a second half substitute, was set clean through on goal and his dink over the goalkeeper struck the crossbar. It was the kind of chance Benzema would have buried without thinking but it wasn’t to be.