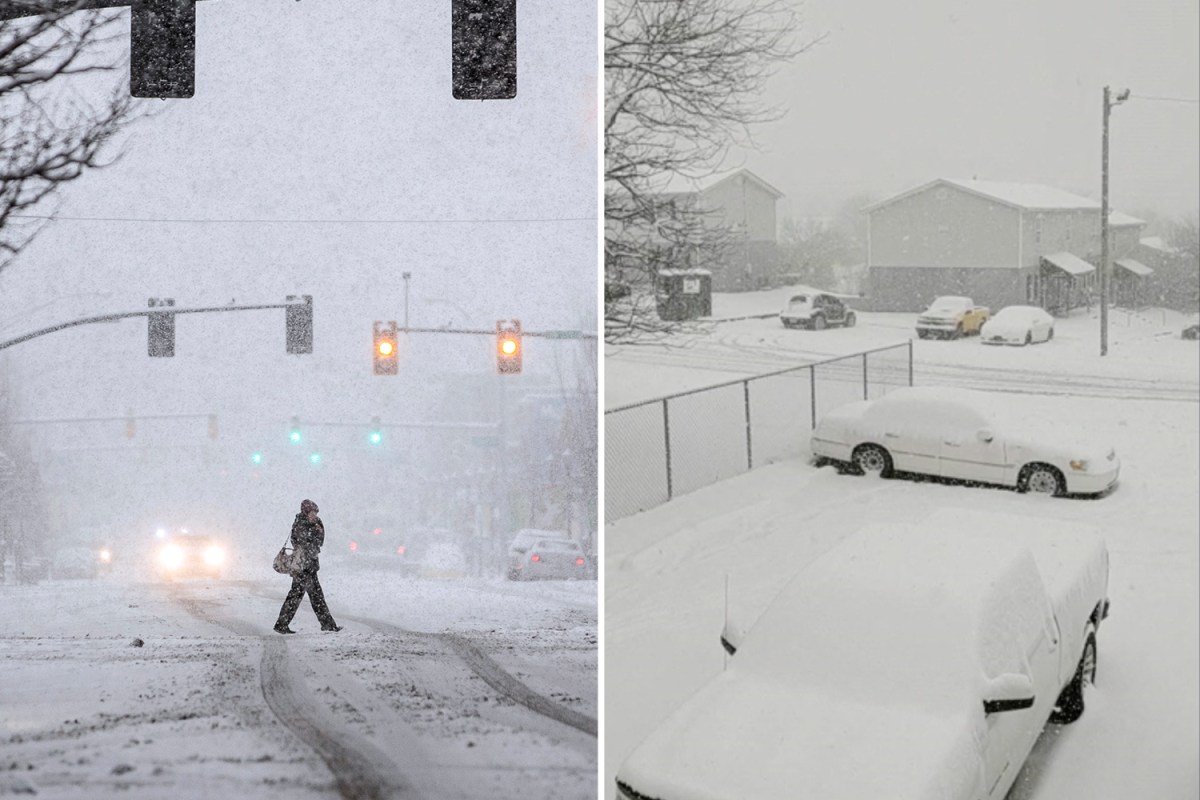 A BOMB cyclone will likely hit the East Coast with below-zero temperatures in some area as major snowstorms pounds states for a second time in days.

Several states along the East Coast are still recovering from a storm that hit Monday, where more than a foot of snow fell in some spots in the Washington, DC, area.

AccuWeather senior meteorologist Joe Lundberg said the storm moving towards the East will likely develop into the first bomb cyclone of 2022.

A bomb cyclone is a storm where central pressure plummets 24 millibars in 24 hours.

As the storm heads towards New England, it could whip up strong winds, pull in more moisture, and drive snow totals higher.

By Thursday night, snow is expected to spread across the Appalachian Mountains and towards the Northeast.

Some spots in West Virginia, Virginia, Washington, DC, and Maryland may be looking at more snow.

By early Friday, snow is expected to be ending in Washington, but will likely continue for a few hours in Philadelphia, New York, and up to Boston.

The storm is expected to be fast-moving, so estimates for snow totals are subject to change over the next day.

However, forecasters are currently estimating that 2 to 4 inches of snow will fall along the track of the storm.

At some higher elevations, there may be up to six inches.

The storm is expected to move off the coast of New England by Friday afternoon.

Parts of New York State were already hit with lake-effect snow on Thursday.

Down south, the Nashville area was also logging heavy snow by Thursday afternoon.

AccuWeather reported that 8 inches of snow fell in Nashville on Thursday.

The snowy conditions were leading to issues along the Kentucky border on Thursday, as authorities in Montgomery County, Tennessee, said they were dealing with dozens of crashes.

One person was reportedly killed in a crash on Interstate 24.