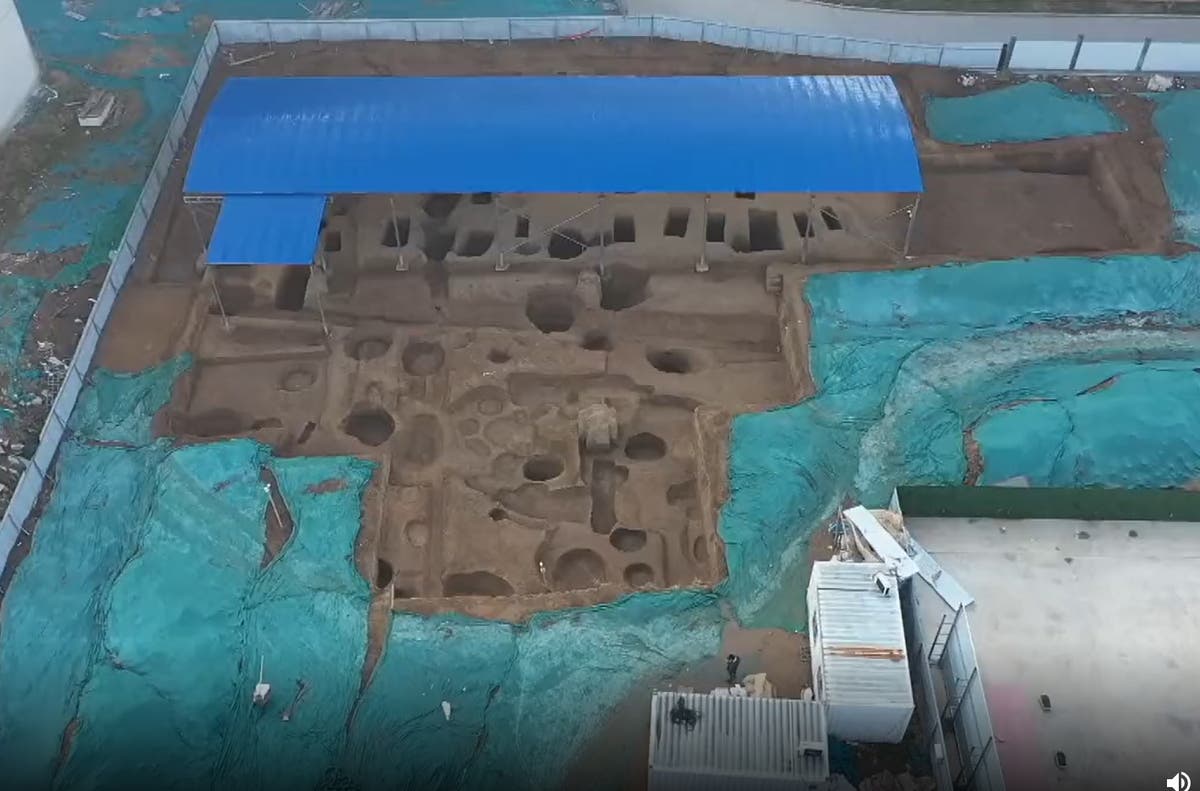 A large-scale tomb cluster dating to the ancient Shang royal dynasty (1600-1046 BC) has been found in China’s Henan province.

The site, discovered in a village near Anyang city, is believed to be a major living area for a clan called “Ce” from the Shang dynasty.

It was found by Anyang city’s Institute of Cultural Relics and Archaeology, reported the state-run Xinhua news agency.

It took two years of excavation of the site to discover the tomb cluster.

The site is located just over 2km away from the Yin Ruins, a Unesco World Heritage site that consists of a palace and an ancient temple.

The inscription of the Chinese character “Ce” in bronze was one of the discoveries at the site that confirmed the clan’s presence.

Six carriages and several warriors and horses buried with the dead, along with decorations on the relics were unearthed as well.

Other relics, including bronzeware, jade and stone objects were found as well.

Some of the warriors uncovered in the excavation were found wearing hats with shell strings.

The foreheads of some of the horses were found to be decorated with gold veneer and bronze backing, according to Xinhua.

“This is very rare among the ancient discoveries of Anyang, reflecting the extraordinary status and power of the carriage owner,” Kong Deming, the institute’s director said.

“The relics are diverse and relatively well-preserved, making them of great significance to studies on the scope and layout of the Yin Ruins,” he continued.