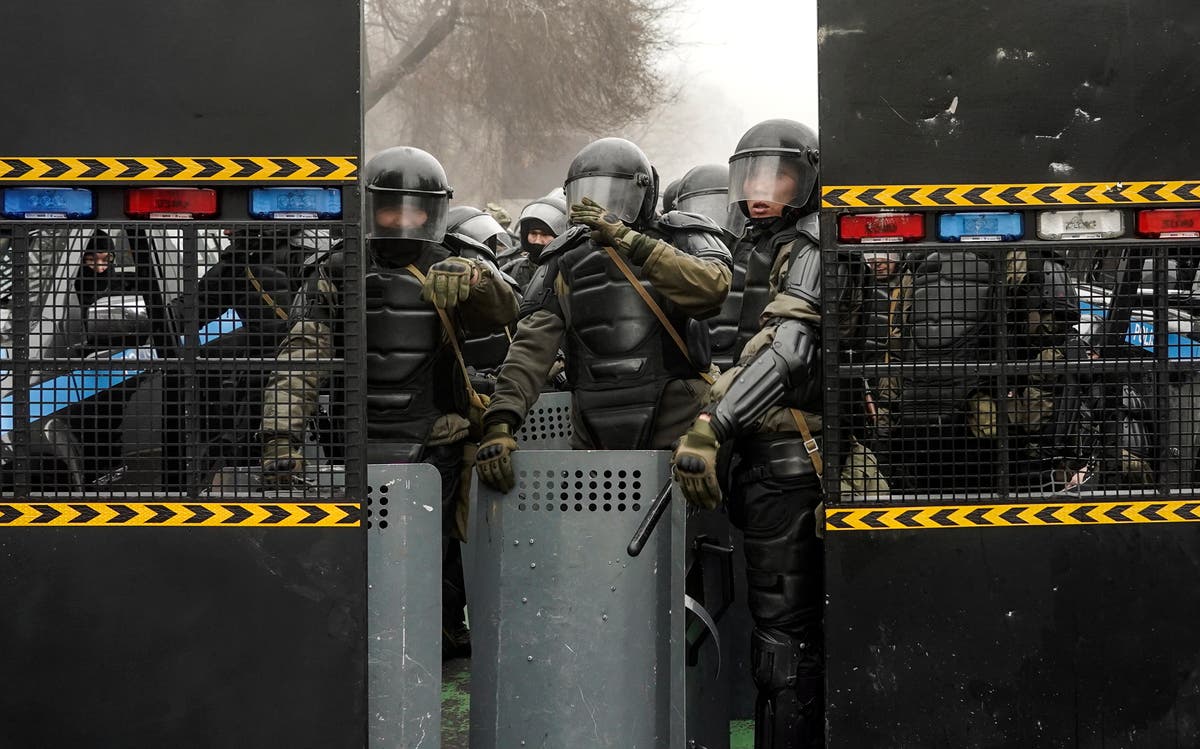 A Russia-led military alliance has announced it will deploy “peacekeeping forces” to Kazakhstan after the country’s president asked for help in controlling violent protests that erupted over the price of fuel.

A number of the protesters forced their way into the presidential residence and the mayor’s office in Almaty, the largest city in Kazakhstan, and set both on fire, according to Russian news agency Tass on Wednesday.

Eight police officers and national guard members have been killed, and more than 300 were injured, the Kazakh Interior Ministry said. No figures on civilian casualties have been released.

Officers have deployed water cannon in freezing weather, as well as fired tear gas and concussion grenades, during the clashes this week.

The demonstrations started on Sunday over the near-doubling of prices for a type of liquid petroleum gas widely used as fuel for vehicles, but demands and concerns have since reflected the wider political and economic discontent among people in the oil-rich country.

Kazakhstan has been under rule of one party since it gained independence from the Soviet Union in 1991. Many demonstrators chanted “old man go,” an apparent reference to Nursultan Nazarbayev, the country’s first president who has continued to exert influence after his 2019 resignation.

He had claimed the unrest was led by “terrorist bands” that he says have received help from countries that he did not name.

Mr Tokayev also said some protesters had seized five airliners in an assault on Almaty’s airport, but the deputy mayor later said the airport had been cleared of rioters and was working normally.

Earlier, Mr Tokayev had vowed to enforce harsher measures to dampen the protests such as by declaring a two-week nationwide state of emergency that would include an overnight curfew and restriction of movement of Kazakh people.

The move would expand on the state of emergency already announced for capital city Nur-Sultan and Almaty.

Meanwhile, on Wednesday as the protests continued for the fourth day, Kazakh news sites reportedly became inaccessible late in the day.

Russian news agency Tass reported that internet access was restored in Almaty by the early hours of Thursday morning (6 January).