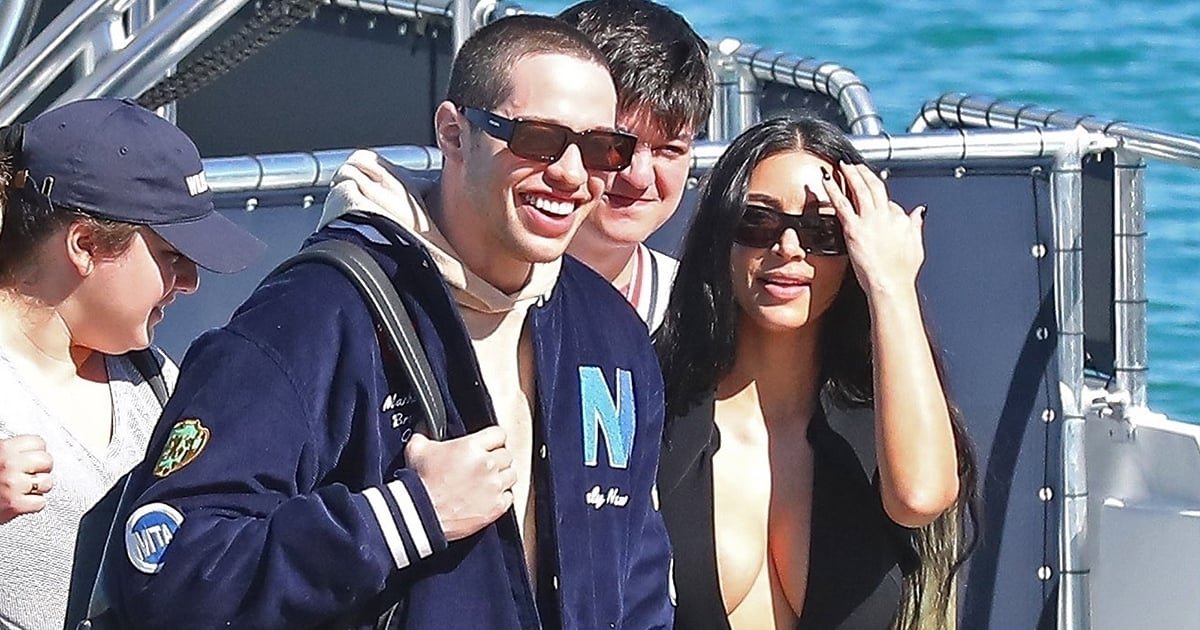 If you’re still scratching your head at the unexpected pair that is Kim Kardashian and Pete Davidson, well, you’re certainly not alone. But perhaps these photos of the new couple vacationing in the Bahamas will help you visualize! Just a day after they were spotted boarding a private jet, on Wednesday, Kim and Pete were photographed arriving on a dock followed by what we imagine was a very pleasant boat ride.

Dressed in casual outfits, the two were grinning ear to ear as they walked and chatted on the boardwalk. Kim was seen in a plunging black top and distressed jeans, while Pete wore a beige look which he topped off with a letterman jacket.

Rumors of a romantic relationship first started swirling in late October when the two were photographed holding hands on a Knott’s Scary Farm ride following the mogul’s Saturday Night Live hosting gig. Since then, they’ve reportedly been regularly visiting each other on opposite coasts and even spent Pete’s birthday together. Get a glimpse at Kim and Pete’s budding romance ahead.