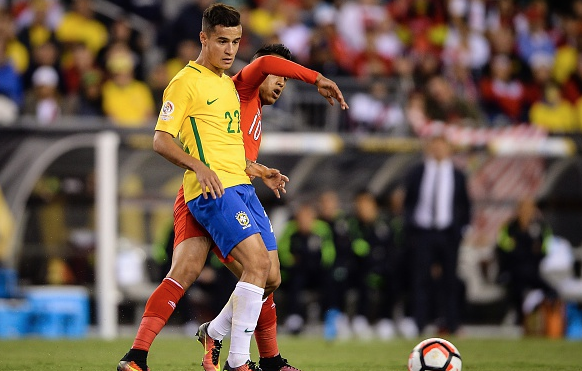 Aston Villa are ‘in the lead’ for Barcelona midfielder Philippe Coutinho, who has already given his approval to a return to the Premier League.

Coutinho is one of the player’s that Barcelona are determined to get rid of this month as they look to bring in money and reduce their wage bill to register Ferran Torres.

The Brazilian, who is among the top earners at the Nou Camp, is at the top of the list of saleable assets, and a return to the Premier League has been mooted for several weeks.

Earlier today, it was revealed Aston Villa had emerged as one of the contenders for his signature, with Cadena Cope and journalist Gerard Romero reporting that reporting that the clubs were talking over a deal and Steven Gerrard had even phoned his former teammate.

Sport now pick up on that and explain that Barcelona are undergoing an ‘acceleration’ when it comes to departures, and Coutinho is one move that has picked up the pace.

His exit was previously ‘stalled’, but he has now given his approval for a return to the Premier League, and Aston Villa are ‘in the lead’ for his signature, with the Brazilian giving the ‘go-ahead’ for the transfer.

The newspaper makes no mention of negotiations between the two clubs or what sort of deal that they’re looking at, just that Villa are leading the pack. It has been stated elsewhere that a loan deal is on the table, though.

Either way, there is growing optimism in Spain regarding Coutinho leaving Barcelona this month, with Aston Villa now seemingly leading the race.

That is echoed in Coutinho’s native Brazil, where Globo Esporte report that the midfielder is ‘close’ to reuniting with Gerrard at Villa Park, and there is ‘optimism’ the transfer could be completed ‘in the coming days’.

They say that negotiations at the moment are centred on whether the loan deal will be until the end of the season or if it is possible to extend it until after the World Cup, which starts in November.

Aston Villa and Barcelona are also negotiating over the value of a potential purchase option that will be included in the deal.

Barcelona are keen to get things done quickly, though, so they can make room in their payroll for new signings and Ferran Torres, who recently joined from Manchester City.