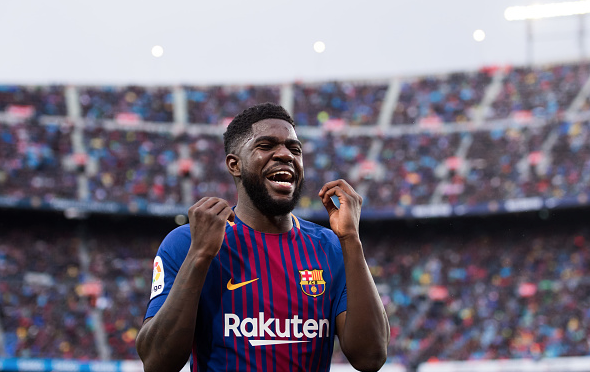 Negotiations between Barcelona and Newcastle United are bringing a deal to take Samuel Umtiti to St James Park closer to completion.

That’s what Sport report this afternoon, stating that Newcastle have turned their attention to Umtiti after failing to secure the signing of Sven Botman from Lille.

They state that the operation would only be a loan deal until the end of the season at this point, without a purchase option, as Umtiti wants to return to the Nou Camp.

Barcelona are accelerating their efforts to get rid of players this week, with Umtiti among those they are determined to remove from the wage bill.

Umtiti was one of the exits that had ‘stalled’, but Newcastle are now ‘determined’ to secure his signature and have ‘broken off’ negotiations for Botman to focus on getting the Frenchman.

Umtiti rejected offers to leave in the summer as he wanted a club playing in Europe, and no such proposal arrived.

Newcastle can’t offer that, of course, but their new owners do have enough funds to create a ‘world-class project’ that might tempt him.

Barcelona see them as a ‘good option’ as they can pay half of his wages, so they will push for it to go through in what is a ‘key week’ for their transfer plans.

Umtiti will only accept a loan deal ‘without option’, though, as he wants to return to Barcelona this summer to try and prove himself once again.