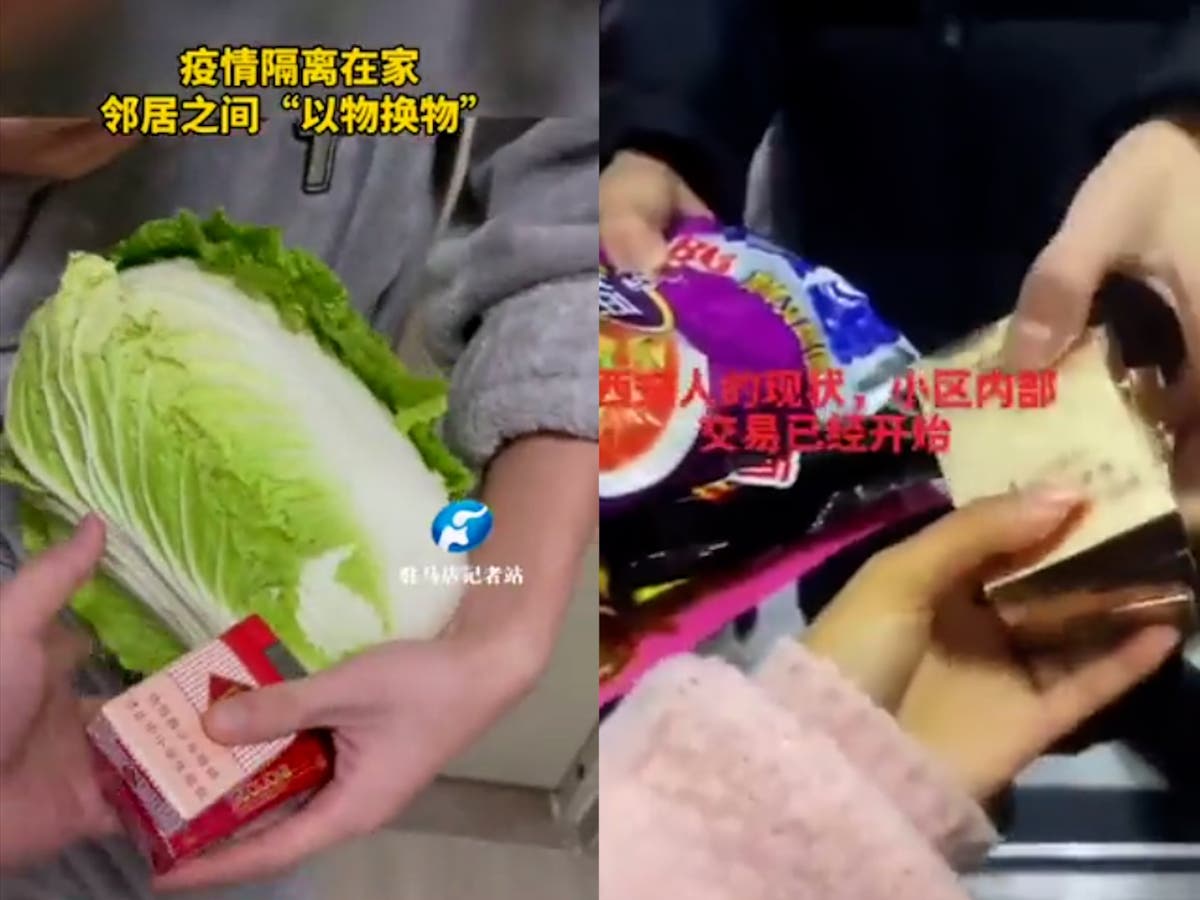 Some residents of China’s Xi’an city have been forced to resort to exchanging household goods for food, as its 13 million residents remain under a strict two-week-long lockdown to curb Covid-19.

Social media posts on Chinese social media platform Weibo showed residents of the northern city bartering gadgets such as mobile phones for food such as rice and buns.

The situation continues to deteriorate for millions of residents of the city that was put under some strictest measures since 23 December to stem the latest outbreak of the pandemic.

The government’s zero Covid policy has confined residents to their homes who cannot even leave to buy supplies.

Authorities have been working to provide free food to households, but over the past week, Chinese social media has been inundated with pleas for help by anguished residents.

A resident surnamed  Wang told Radio Free Asia: “People are swapping stuff with others in the same building, because they no longer have enough food to eat.”

It reported that a man had traded a smartphone and tablet for rice.

Xi’an has reported about 1,600 cases so far. While the number is still low compared to many countries, China has seen the highest caseload in the last week of 2021 since March 2020.

The latest surge is driven by the Delta variant and China has reported a total of 102,841 cases and 4,636 deaths since the pandemic began.

One user on Weibo said: “Helpless citizens have arrived at the era of bartering – potatoes are exchanged for cotton swabs.” Another described it as a “return to primitive society”.

Anger grew after a widely circulated video shows guards attacking a man who had stepped out to buy food for the family. The guards later reportedly apologised.

Meanwhile, authorities in Xi’an said they are fixing the shortfall in providing food and healthcare supplies.

Two top Communist Party officials in Yanta district, where half the city’s cases have been recorded, have been sacked and the deputy mayor placed in charge.

China is preparing to host Winter Olympics, which are just a month away. People have been advised to travel in and out of Beijing only if they need to. Athletes, officials and journalists are entering an anti-pandemic bubble as soon as they arrive and will remain within it during the games.