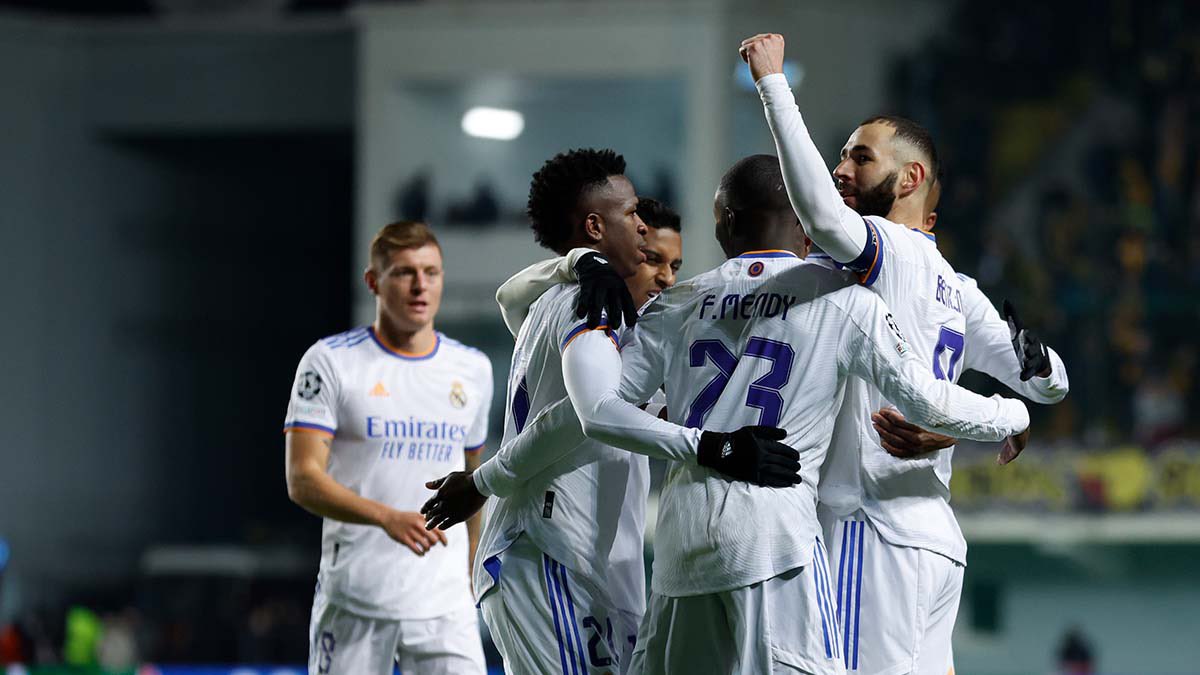 Real Madrid travelled to Transnistria this evening to take on Sheriff Tiraspol in the Champions League and ran out comfortable 3-0 winners. The result means that they end the matchday top of Group D, two points clear of second-placed Inter. The battle for first place will go down to the final matchday.

Madrid are performing well under Carlo Ancelotti this season, pairing their European success with domestic joy. They’re top of La Liga with 30 points from their opening 13 matches, a point clear of Real Sociedad and two clear of Sevilla. Sheriff are second in the Moldovan National Division, a point behind Petrocub, and actually beat Madrid 2-1 in the reverse fixture.

Madrid went into the game expecting nothing less than victory, and they got off to a good start. David Alaba fired them into a 30th minute lead, finding a gap in the wall with a smart free-kick. Toni Kroos then doubled their advantage in the first minute of injury time at the end of the first-half, arriving late outside the box before finishing with customary cool. Karim Benzema made it three in the 55th, arrowing home from the edge of the area to put the final nail in Sheriff’s coffin and assure the three points.

“The game was good, serious,” Ancelotti said post-match as carried by Marca. “We showed the quality that we have. We’re satisfied to have qualified, but we want to finish first. Alaba’s knock doesn’t seem serious. Let’s hope he plays on Sunday.

The Italian was then asked about Benzema, who was found guilty in a high-profile blackmail case earlier in the afternoon. “I haven’t had to speak with him,” he replied. “He’s calm, it’s something that’s been coming from far away. He’s been focused on the game and the team, nothing else. And he’s played very well.”