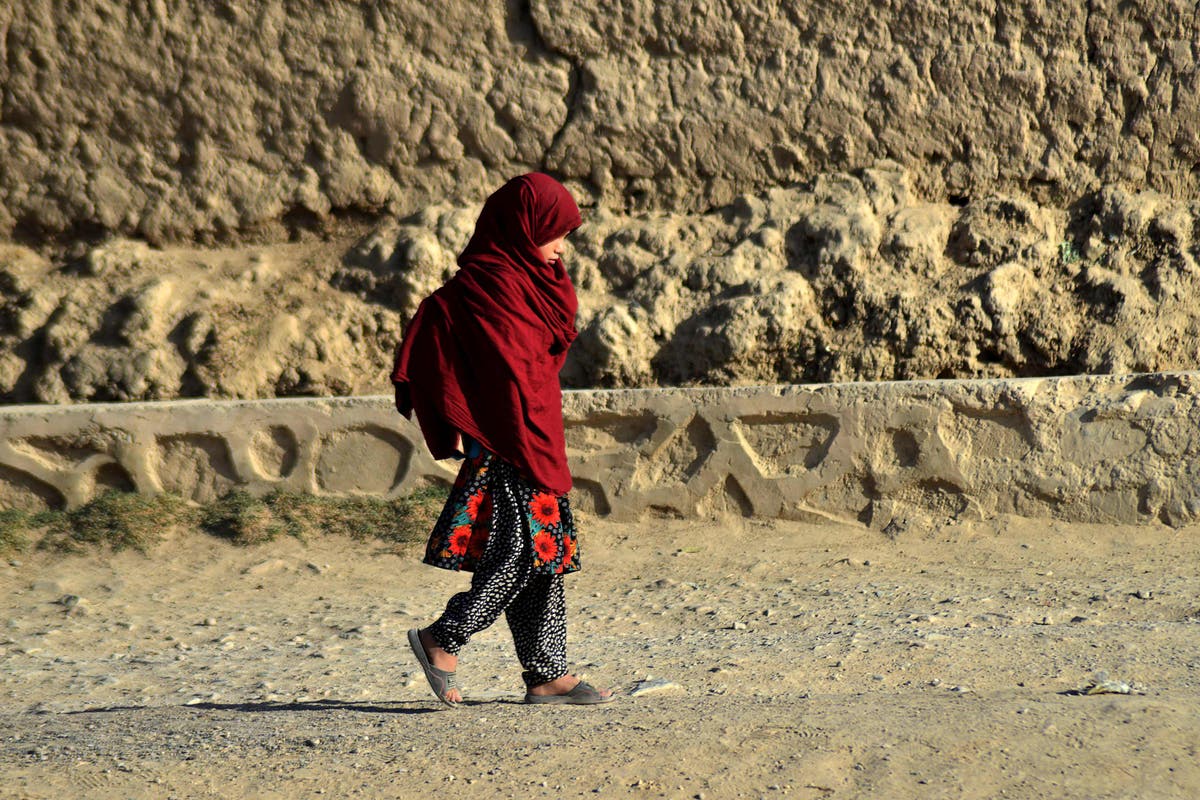 Debt and starvation are forcing Afghanistan’s citizens to marry off their young daughters in exchange for dowry.

Since the Taliban took over the country on 15 August, the economy has collapsed, leading to a sharp increase in the number of destitute parents who are forced to sell off their daughters and, in some cases, offer up their baby girls for future marriages.

Unicef, the UN’s agency for children, claimed there were credible reports suggesting families are offering daughters who are as young as 20 days old in exchange for dowry to keep their families from starving.

Abdul Malik, the father of the child, said he had eight family members, including him, and he had no choice but to sell the girl so he could keep the others alive.

In the neighbouring Ghor province, a 10-year-old girl was sold to a 70-year-old man to settle her family debts. “I really don’t want him. If they make me go, I will kill myself. I don’t want to leave my parents,” the teary-eyed child told CNN.

“I had no other way to feed my family and pay off my debt. What else could I have done? I desperately hope I won’t have to marry off my youngest daughter,” he told Reuters. He added that if the money runs out, he may have to marry off his seven-year-old daughter.

Prior to the Taliban takeover, the legal age of marriage for girls in Afghanistan was 16, below the internationally recognised age of 18. However, the south Asian country has witnessed a monumental rise in child marriages after the fall of the Afghan government.

Women’s rights activist Wazhma Frogh said she was hearing cases of underaged girls getting married every day and speculated that these child brides would be forced to have sex before reaching puberty.

“It paralysed [my] heart hearing these stories… It’s not a marriage. It’s child rape,” she told Reuters.

“The number of cases has increased so much because of starvation. People have nothing and cannot feed their children. It’s completely illegal, and not allowed in religion,” she added.

At least 22.8 million Afghans, more than half the country’s population, has been pushed towards starvation due to the ensuing political turmoil and the collapse of the country’s economy.

Earlier in October, the World Food Programme had sent out a warning that a million children were at risk of dying from severe acute malnutrition, if they were not given treatment. With the onset of winter, 97 per cent of households could fall below the poverty line by mid 2022.

Since the Islamist group’s sudden return to power, the US has frozen nearly $9.5bn (£7.1bn) in assets belonging to the Afghan central bank and stopped shipments of cash to prevent the Taliban from accessing money.

Neighbouring Pakistan on Monday announced that it will provide over $28m (£21m) in food and other humanitarian assistance to Afghanistan along with authorising the transport of food aid from India.

In September, the international community at a conference in Geneva, pledged more than $1bn (£748m) to support Afghanistan.