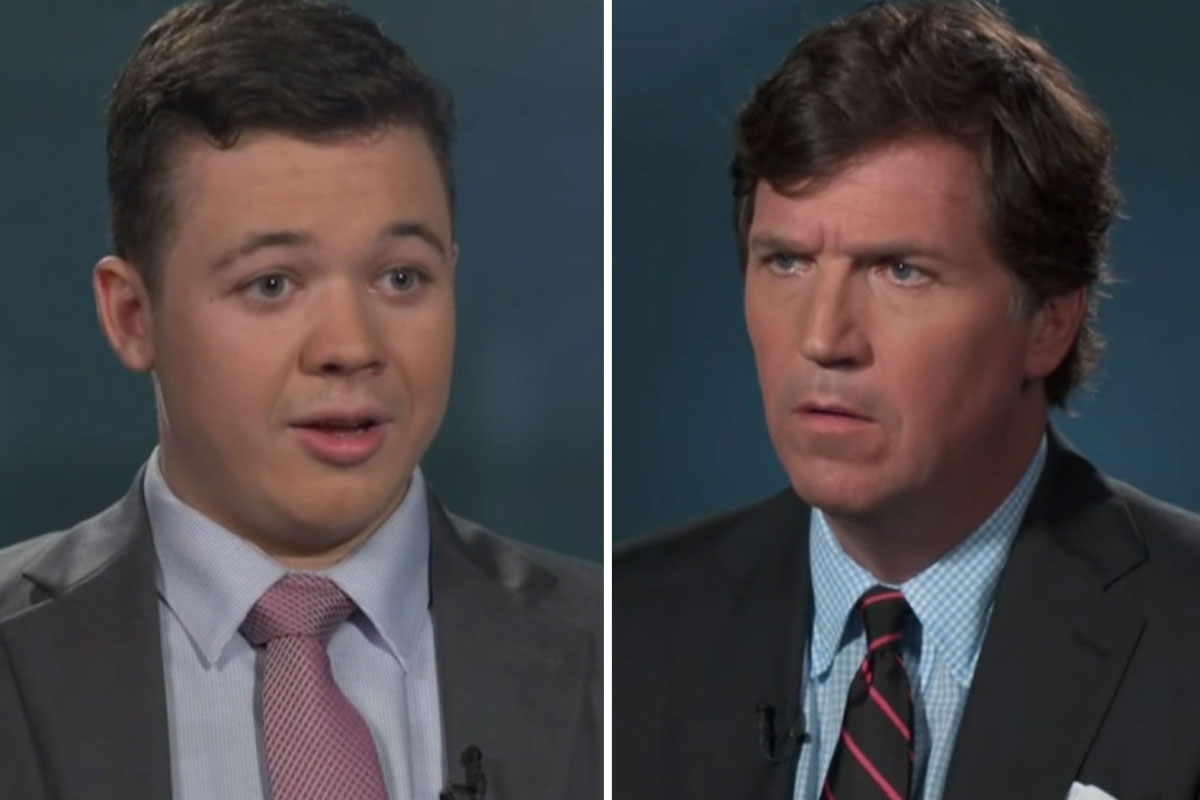 KYLE Rittenhouse told Tucker Carlson that he didn’t shower for nearly three weeks in jail — as he had no running water and his skin bled.

Rittenhouse admitted he didn’t take a shower from October 31 until November 20, he told Fox News’ Carlson.

During the interview, which was Rittenhouse’s first TV interview since being found guilty, he admitted he “smelled terrible” because there was “no running water” in his jail cell.

As the teen recounted his time in Kenosha County Jail, he said: “The jail was interesting. I was in my own room.

Rittenhouse described it as a “one-star hotel” — which he likened to a “Super 8.”

He continued: “I had a desk, a shower, a toilet, a TV, a tablet … but I didn’t have running water.

“I had a phone also. But I did not have running water so I did not shower until November 20.

Rittenhouse — who was found not guilty on all charges on November 19, after he opened fire on Black Lives Matter protestors in 2020 — said he “smelt terrible” in jail.

He added: “I felt sick, I lost weight, my health was degrading. If I was in there for a month longer I would have probably been in a hospital.”

When Carlson asked why the teen didn’t complain about the issue, Rittenhouse said it was because he doesn’t like bringing attention to himself. He also didn’t want to have any problems with the guards.

The 18-year-old explained that when he finally took a shower, he stayed in there for a few hours.

“I had like blood,” he told the Fox News host. “My skin was bleeding because my skin was coming off of my body. It is just the nastiest thing ever.”

Rittenhouse’s interview with Carlson comes after the teen stood on trial for killing Joseph Rosenbaum and Anthony Huber.

When the Fox News host questioned the teen on how long he was in jail for, Rittenhouse said “87 days.”

Rittenhouse also slammed his former lawyer, saying: “Lin Wood was raising money on my behalf, and he held me in jail for 87 days, disrespecting my wishes, put me on media interviews which I should never have done. …

“Which he said, ‘Oh, you’re going to go talk to The Washington Post,’ which was not a good idea, along with John Pierce.

“They said I was safer in jail instead of at home with my family.”

Rittenhouse confirmed to Carlson that he was talking about lawyers “John Pierce and Lin Wood.”