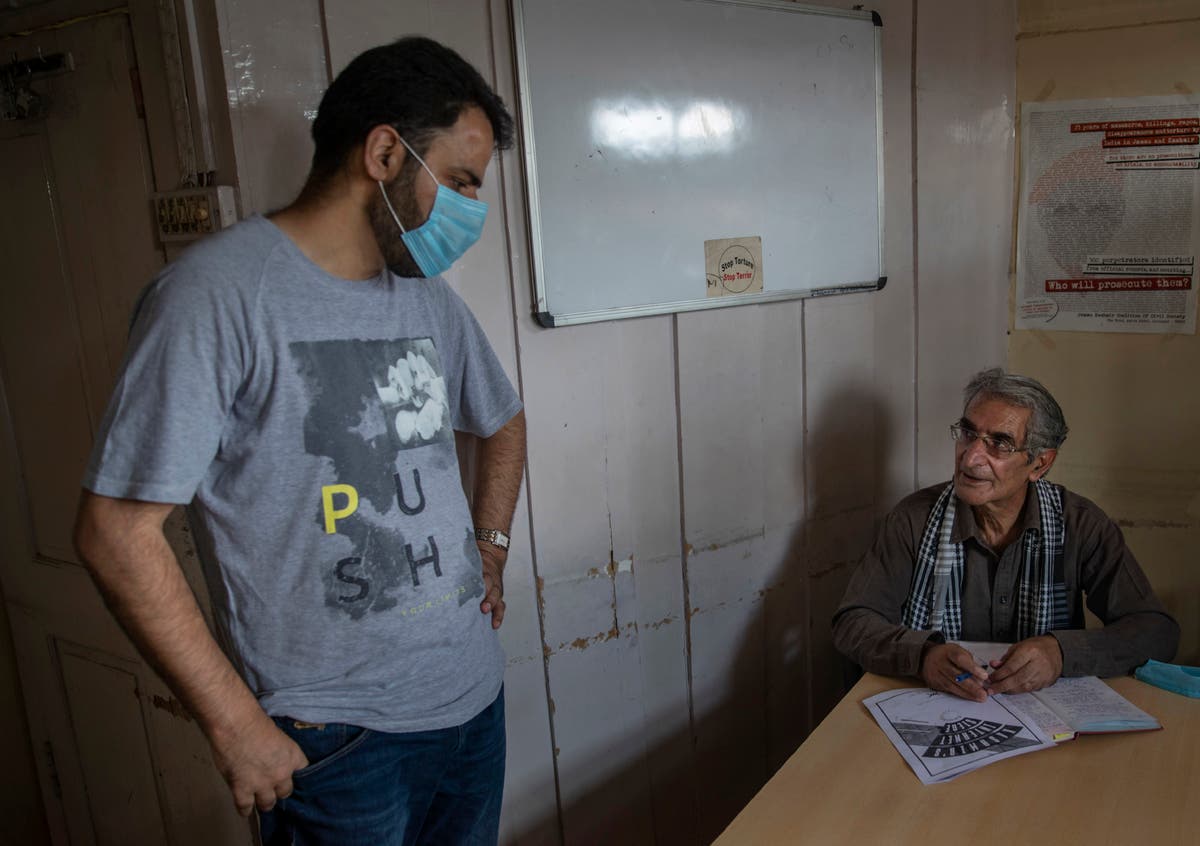 Khurram Parvez, a prominent human rights activist from the Himalayan region of Jammu and Kashmir, was arrested by India’s top anti-terrorism agency amid a crackdown on human rights groups by the country’s right-wing federal government.

The 42-year-old rights defender is also the programme coordinator of the civil rights group Jammu and Kashmir Coalition of Civil Society (JKCCS), founded in 2000 by human-rights lawyer and activist Parvez Imroz.

India’s National Investigation Agency (NIA), along with paramilitary soldiers and local police, raided Mr Parvez’s home and the office of JKCCS on Monday and arrested him over an ongoing probe in an alleged terror funding case.

The agency’s officials continued with searches at his home and the JKCCS office for several hours.

He was initially summoned to the NIA office for questioning on Monday afternoon and was formally arrested in the evening under several sections of the country’s Unlawful Activities Prevention Act (UAPA), which has been dubbed by critics to be a harsh, draconian law.

He was arrested with respect to a case registered on 6 November pertaining to criminal conspiracy and illegal money transfer for terror activities.

UAPA allows Indian authorities to detain people without producing any incriminating evidence and keep people in prison without trial by setting stringent requirements for bail.

During prime minister Narendra Modi’s regime, the law has been unabashedly used against the government’s critics, which include students and journalists, to throttle dissent.

In October 2020, the NIA had raided Mr Parvez’s residence and office in Srinagar. Earlier in 2016, he was booked under the country’s Public Safety Act (PSA), a law under which allows detention for up to a year without trial. He was released after 76 days of imprisonment.

For over two decades, Mr Parvez has been highlighting human rights abuses in Indian-administered Kashmir by the country’s troops.

He is also the chairperson of the Asian Federation Against Involuntary Disappearances, a Philippines-based international rights organisation that examines forced disappearances in Asia. He received the Reebok Human Rights Award in 2006.

Last week, the JKCCS criticised government forces for killing three civilians during a raid on alleged militants in Srinagar.

Their bodies were secretly buried by local police without the knowledge of their kin, who alleged that Indian troops used them as human shields. After a public outcry, the bodies of two civilians were later exhumed and returned to their families.

Jammu and Kashmir is believed to be the world’s most militarised zone and is at the heart of a decades-old dispute between India and Pakistan. Both countries claim the Kashmir region as theirs, but control only parts of it.

The clampdown on critics, journalists and activists in the region was expedited after the federal government revoked the region’s semi-autonomous special status and split the state into two federally administered territories in 2019.

The special status of the region was granted under Article 370 of the Indian Constitution, which was revoked by the federal government.

Mary Lawlor, the UN’s special rapporteur on human rights defenders, in a tweet, wrote: “I’m hearing disturbing reports that Khurram Parvez was arrested today in Kashmir and is at risk of being charged by authorities in India with terrorism-related crimes”.

“He’s not a terrorist, he’s a Human Rights Defender.”

The Rafto Foundation, a body working for the global promotion of human rights, appealed to Indian authorities to immediately release Mr Parvez.

“We observe with regret that the Indian government intimidates citizens working to secure the values and norms enshrined both in the constitution of India and in international treaties ratified by the government itself,” Jostein Hole Kobbeltvedt, director of the Rafto Foundation, said in a statement.