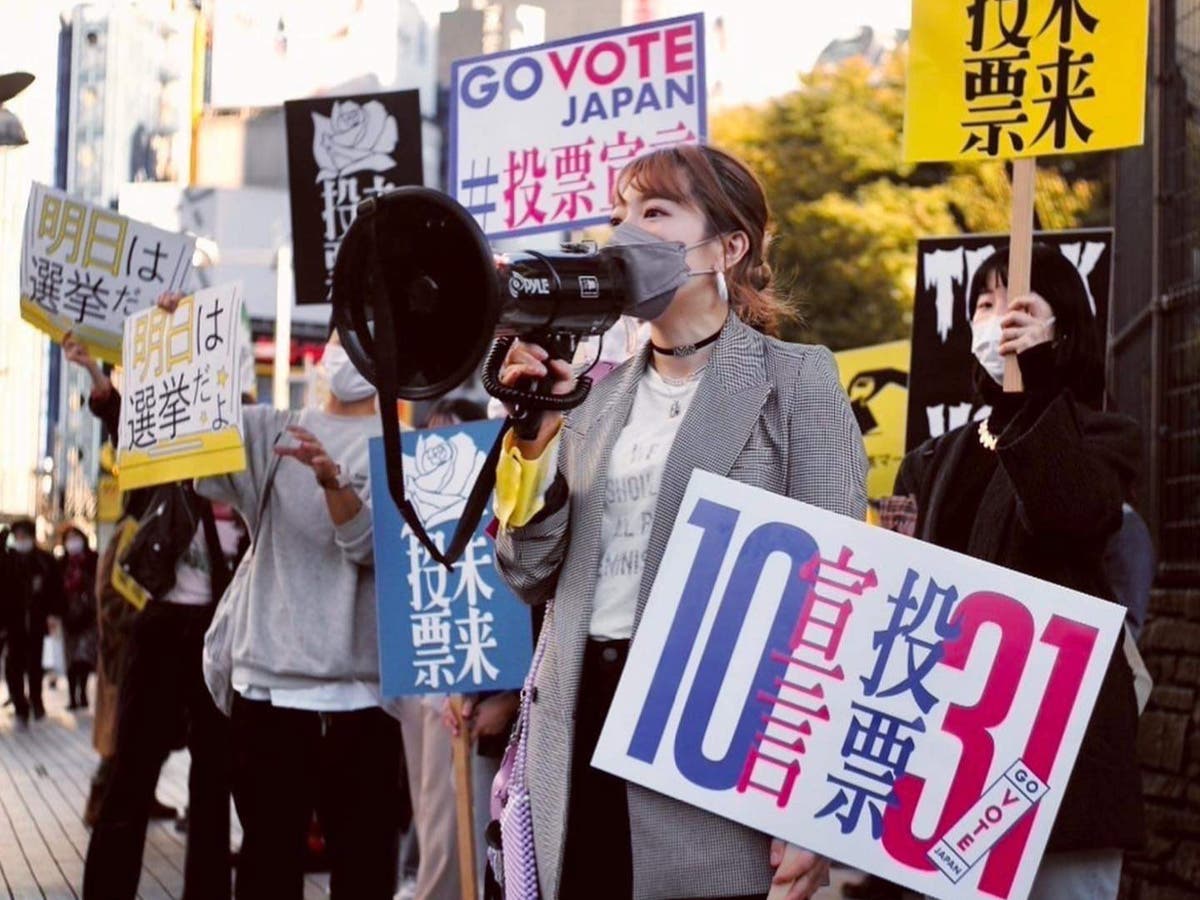 In Japan, political talk is taboo. Youth activists are trying to change that.

But in a country with a stubbornly low turnout rate among younger voters, political activists in Japan face unique hurdles. Simply talking about politics and voting defies cultural norms for young Japanese.

The reasons are varied. Some cited an age gap with Japan’s overwhelmingly older political leadership. Others cite laws that have banned student-led political organising. The end result, analysts say, is an atmosphere where young people often feel as if they don’t have a say in the country’s future.

“In Japan, at its core, the problem is the real lack of diversity in the political world,” says Momoko Nojo, a graduate school student who leads the activist group No Youth No Japan. “There are very few young politicians out there, so it doesn’t really seem like they are thinking about young people.”

The relative silence around elections and voting among Japan’s youth stands in vivid contrast to the increasingly divisive and hyperpolarised atmosphere in its allied countries, including the US and parts of Europe.

Ahead of the 31 October general election, activists held a flurry of voter-mobilisation efforts around Tokyo and online. The hope was that the coronavirus pandemic had boosted civic awareness and social media engagement among voters in their twenties.

Such campaigns aimed at younger people are a relatively new trend, and these activists are trying to normalise voting – or even just having open discussions about voting.

But they face an uphill battle. Japan’s voter turnout has persistently remained at the lower end among developed countries.

Just over half of eligible voters cast ballots in this year’s general election, the third-lowest in Japan’s postwar history. The US, which also trails many developed countries in voter turnout, has seen an uptick in recent elections. In 2020, two-thirds of eligible voters cast a ballot. The 2018 midterms drew the highest midterm turnout since 1914.

Youth-voter turnout in Japan has remained low, with about one-third of eligible voters in their twenties participating in the 2017 general election. The US has seen the opposite trend, with voters under 30 breaking turnout records in 2018 and 2020.

Motivating younger and first-time voters to cast their ballot is difficult in any country, but activists say it is uniquely hard in Japan.

Among the 465 politicians elected to the House of Representatives last month, the average age was 55.5. Just under 10 per cent of elected leaders in the lower chamber were women.

Online campaigning and digital outreach are relatively new in Japan – unlike in the US and many other countries, where hyperpartisan online campaigning has become a fixture of political life. However, this has also opened the door to disinformation and conspiracy theories.

No Youth No Japan, which launched in 2019, is made up of members in their teens and twenties. It operates mainly on social media, answering younger voters’ questions about the election and educating nearly 100,000 followers about the parties, their stances and how to vote. The group saw greater interest on its social media platforms in this year’s elections, Nojo says.

“Covid played a big role in showing us how much politics were interconnected to our daily lives, so definitely more people became engaged,” she says.

A coalition of social activists came together for the first time during this year’s general election campaign to submit a questionnaire addressing 19 social issues, asking the parties about issues such as climate change and the pandemic response. The activists in the group met on Twitter, and they decided there would be strength in numbers.

“We all felt ignored and forgotten on various issues,” says Ayaka Machida, a graduate student and an organiser with Minna no Mirai 2021, or 67 Questions for our Future.

As a teen, Machida advocated for lowering the voting age to 18 from 20, a 2016 change designed to encourage youth civic engagement. Now, she is a gender rights activist.

“I hoped that young people were actually seen by the government, so that they will actually speak to them and create policies thinking about them,” she says.

In Japan, asking people about their politics is still considered a social faux pas. Such sentiments have carried over into talking about any sort of election activity – even whether to vote.

That makes the work of these activists especially important in changing the public’s perception of youth civic engagement, says Kensuke Suzuki, an associate professor of sociology and an expert in youth online engagement at Kwansei Gakuin University in Nishinomiya.

“From the 1970s, there has been a general image in Japan that being interested in politics is uncool. But with the various campaigns organized by young activists this time, I think this image has been completely changed,” Suzuki says.

There are systemic factors that have hampered younger citizens’ awareness, experts and activists say.

For decades, the Public Offices Election Law barred students from participating in politics. The law was originally designed to keep ideological influence from seeping into the education system.

The age change has led to confusion among high school seniors – some of whom are 18, while others are still minors – as to who in class can and cannot talk about politics. Strict neutrality requirements on educators have made it difficult for teachers to openly discuss the political system, or even to answer questions about the stances of political parties or candidates.

“Since it’s sensitive, many just grow up in that setting where it’s taboo to talk about politics. I think that makes it difficult for young people to suddenly become interested in politics,” Machida says.

Asako Tsuji launched Go Vote Japan this year to break that silence through a variety of online campaigns, including an online tool for people to easily check off issues they care most about, then share graphics about those issues online.

She collaborated with local businesses to launch an online store called Go Vote Market, where shoppers will receive a discount that coincides with the turnout percentage of voters in their twenties.

“It’s often dismissed that young people aren’t interested in politics, but I think it’s the society’s fault for creating such an atmosphere that has made political talk taboo,” Tsuji says. “In Japan, it’s really hard for young people to believe that they can change society. The system seems set and untouchable, and there is very little opportunity to think and make decisions on your own.”