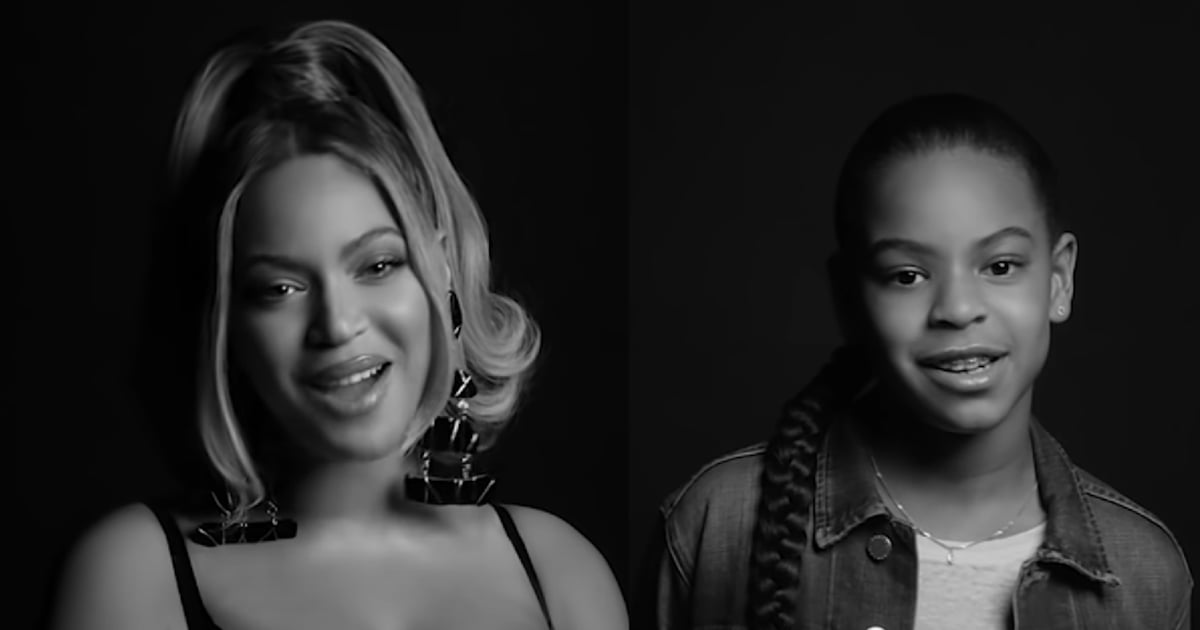 Blue Ivy is already an icon in the making! The 9-year-old appeared in a video tribute for her father, JAY-Z, during his Rock & Roll Hall of Fame induction ceremony on Oct. 30 alongside her mother, Beyoncé. Beyoncé and Blue recite the Hall of Famer’s lyrics to open and close the tribute, which was uploaded on Friday.

“In my lifetime, more than a million rhymes, no joking,” Beyoncé begins the video, later rapping, “So gather ’round hustlers, ’cause it’s about to go down,” from “The Ruler’s Back,” which is the opening track off the rapper’s iconic album The Blueprint. Blue closes the video as she recites a clean version of JAY-Z’s “Ride or Die.” “Congrats, S. Carter, ghostwriter / You paid the right price, so we just make your hits tighter,” she says before bursting into laughter.